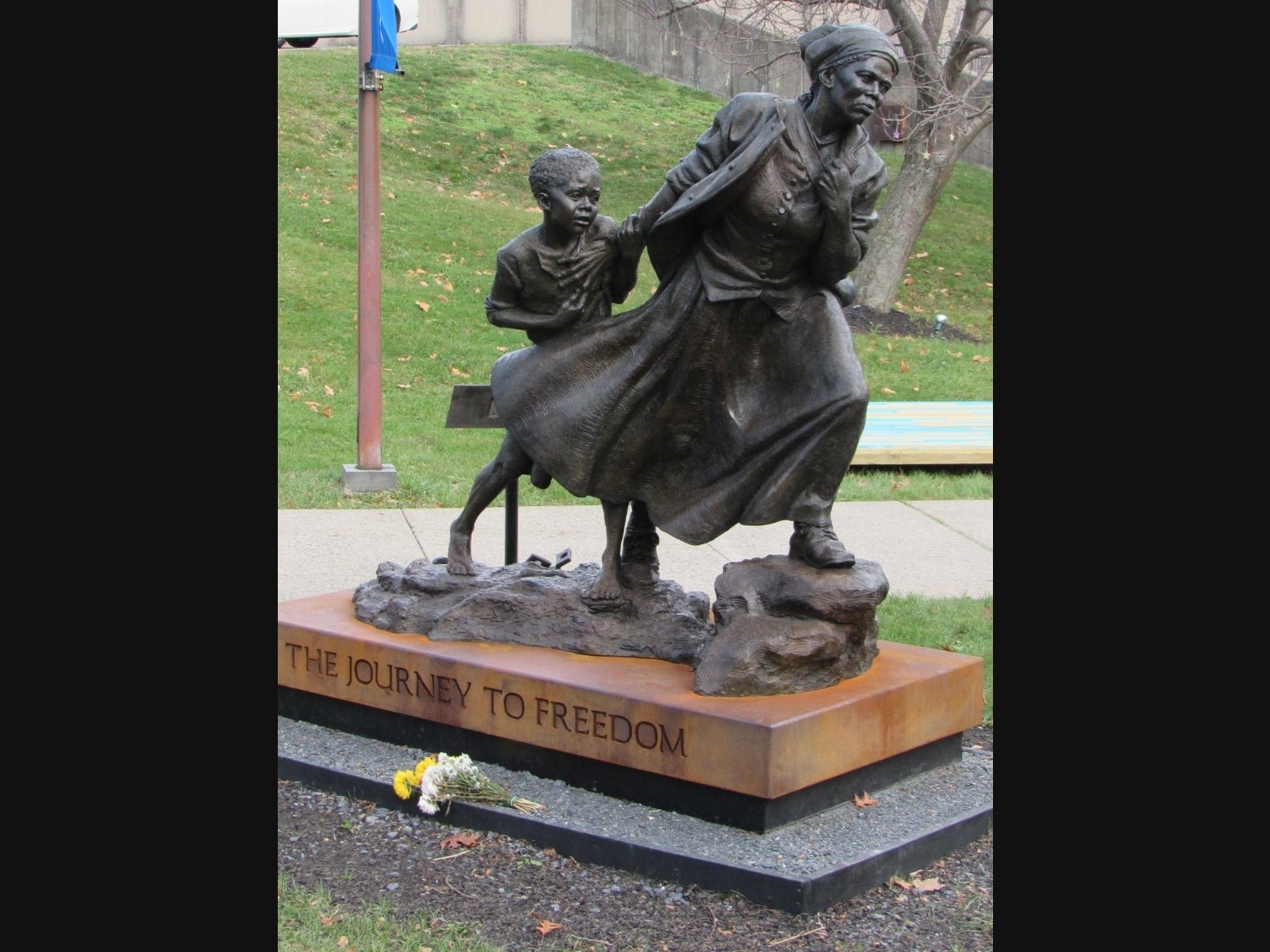 The nationally touring statue of noted abolitionist Harriet Tubman will be arriving in Peekskill next week and will be on display outdoors until the end of Black History Month, February 2021. The Peekskill Business Improvement District is sponsoring the 2,400-pound bronze statue's temporary placement in downtown Peekskill on the corner of Central Avenue and Division Street across from the gazebo.

"In light of recent events like the pandemic and the racial equality movement, the presence of this statue in our downtown takes on even more meaning. Positioned outdoors, admirers can experience the statue in a safe and socially distanced manner while celebrating our community's rich history and cultural diversity from mid-December through Black History Month in 2021," said Brian Fassett, President, Peekskill Business Improvement District Board of Directors.

Local African American leaders describe Peekskill as one of the stops on the Underground Railroad where slaves seeking freedom followed the banks of MacGregory Brook from the Hudson River to secret hiding spots in Peekskill like in the Park Street A.M.E. Zion Church, Hawley and Harriet Green's home at 1112 Main Street and on the Henry Ward Beecher's estate. Tubman is believed to have led some of those journeys to freedom herself.

"We are collaborating with the Peekskill NAACP, Peekskill City School District, the Youth Bureau, the Peekskill Field Library, Sisters in Support, and other organizations to present educational and informational programming while the statue resides in Peekskill," said Lafern Joseph, Secretary, Peekskill Business Improvement District, who also conducts guided tours of the Underground Railroad in Peekskill and is the owner/operator of The Fern Tree, an African gift shop in downtown Peekskill.

The nine-foot-tall bronze artwork entitled Harriet Tubman—The Journey to Freedom, by sculptor Wesley Wofford, is touring the nation and depicts Tubman leading an enslaved young girl to freedom. With the youngster in tow, Tubman has a determined look as she faces into the headwinds of freedom. The statue has already appeared in Montgomery AL, Cambridge MD, and Cape May NJ. The Tubman statue is currently in Newburgh, NY, and will be arriving in Peekskill via flatbed trailer the week of December 14, 2020. The statue is then off to Roanoke Rapids, NC after its stay in Peekskill.

"Our business community is sponsoring the statue's temporary residency here in Peekskill to celebrate the contributions of our African American community to Peekskill's history as well as recognizing their role in our nation's history. We are thrilled that the statue can be enjoyed by everyone because it is outdoors and we hope that while people visit the statue, they will support our local businesses as well," said Bill Powers, Executive Director, Peekskill Business Improvement District.

In the coming weeks, the BID will be announcing a calendar of virtual events, including interviews with descendants of Tubman and Hawley Green, slated to start in January 2021 and run through the end of February 2021. The BID is seeking sponsors to help fund educational and informative programming surrounding its visit to Peekskill. Information about programming and sponsorship can be found at the website www.harriettubmanpeekskill.com. Sponsorship opportunities start at just $10 so that everyone can be part of the statue's historic visit to Peekskill.

For more information about the Peekskill BID, visit www.discoverpeekskill.com.